The Waverly Main Street Historic District is a district of approximately 6 city blocks located along Greenmount Avenue, as well as several adjacent blocks to the east and west, in north central Baltimore, Maryland. It has an area of approximately 31 acres. There are 141 properties within the boundaries of the district, primarily dating to the late 19th century and early-to-mid 201h century. It is mainly a commercial district, with most of the Greenmount Avenue blocks comprised of buildings being used for commercial spaces. The architecture is varied and includes many buildings that have been altered or added onto over time to accommodate a variety of commercial uses. The most common types of architecture found in the district are Italianate-style rowhouses and houses with a variety of Victorian influences, including the Queen Anne and Second Empire styles. Mission- influenced, Art Deco and modern commercial buildings are also found in the historic district. 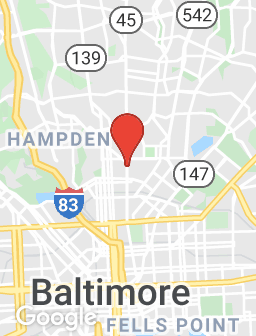